Lin Anderson is best known as the creator of the forensic scientist RhonaMacLeod series of crime thriller novels, and for her part in founding the annual ‘Bloody Scotland’ crime writing festival, dedicated to promoting Scotland’s other great national export.  Lin's Rhona MacLeod novels  Paths of the Dead and Follow The Dead were shortlisted in 2015 and 2017 for Scottish Crime Book of the Year, and Driftnet was a Scottish No.1 bestseller.

Lin's Rhona MacLeod novels have been published in translation in a number of countries, including France, Germany, Italy, Netherlands, Sweden and Russia.

Lin has recently co-written a children's book (which many adults seem to like too) The Magic Flag Mystery, starring the real-life border collie Blaze from Skye.

Lin has written one non-fiction book: ‘Braveheart – From Hollywood to Holyrood’, telling the story of the making of the Braveheart movie, and exploring what became known as the ‘Braveheart Phenomenon’. Lin had the honour of chairing the pre-movie panel discussion with the movie actors at the 20thAnniversary Braveheart showing in Edinburgh. 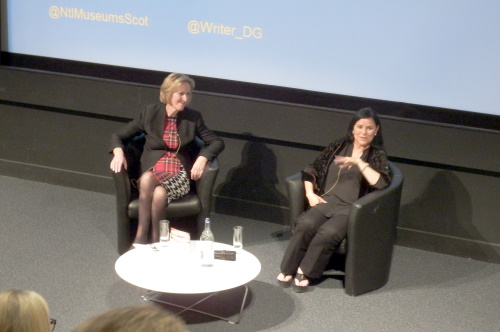 Lin is a graduate of the University of Glasgow (MA in Mathematics), University of Edinburgh (post-graduate degree in Education), and  Edinburgh Napier University Screen Academy (screenwriting). She is a award-winning scriptwriter, with her work broadcast internationally on radio and TV. She received a Celtic Film Festival ‘best drama’ award for her ‘River Child’ film. 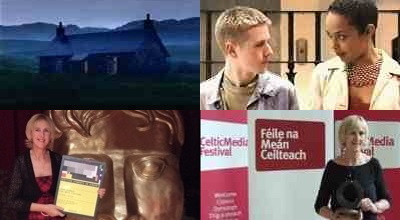 Lin has worked with John Sinclair (of Uriah Heep and Ozzy Osbourne’s band) on the book of a Rock Musical set in 1975: ‘Voice of a Generation’.

Lin is a former Chair of The Society of Authors in Scotland, regularly chairs events at literary and science festivals and conferences, and gives talks on ‘Forensic Fact Meets Forensic Fiction’, entertaining audiences with amazing true-crime anecdotes, and giving unique insights into her world of story-telling.
~o~

The Party House by Lin Anderson is a deeply atmospheric psychological thriller set in the Scottish Highlands, for fans of Lucy Foley, Ruth Ware and Sarah Pearse’s The Sanatorium.