Deadlines and how to survive them

All writers have their own methods of writing.  One question I’m most often asked concerns ‘to plan or not to plan’. My method is not to plan.

I visualise an opening which intrigues and frightens me. Something bad happens, and the team arrive to try and figure out who and why. Hence, you the reader know a little more of the initial circumstances than Rhona and the team.

Then the investigation begins. Like all investigations there are twists and turns and false leads and people screwing up, being tested, often found wanting. Like a jigsaw, pieces are spotted and sometimes they fit. Often not.

As I progress the investigation through the team’s eyes, ideas arise. I do the research and more ideas come. Like life, the deeper you delve, the more complex the result.

I like this way of working. It makes telling stories exciting, and if I don’t know the answer to the riddle by page hundred, neither will you.

The first chapter of the first novel in the series, Driftnet begins with the sentence, ‘The boy did not expect to die’. The opening scene came to me in a visual form. I wrote it down and it never changed. 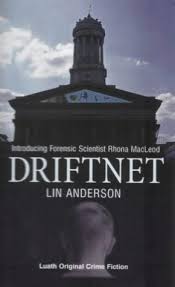 After that the story formed itself.

Each of the Rhona books happened that way, right through to the latest None but the Dead set on the island of Sanday on Orkney. Some are inspired by things people have said, or stories they’ve told me. 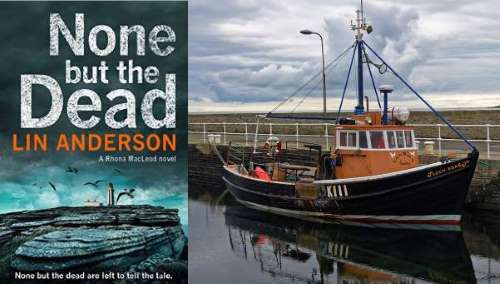 With None but the Dead it was the story of the discovery of thirteen muslin flowers in the loft of an old schoolhouse. The image sparks the story, the ending of which I do not know… yet.

And I’m back there now. Working towards what my friend and fellow crime writer, Alex Gray calls ‘the red fog of the denouement’.

This will be the first book in the series to visit my home area. When my father retired from the police force he took his family north to settle in Carrbridge. My three children were born here. I’m back here seeking to meet my deadline.

En route to the finale, the team (like myself) have gone from the top of Cairngorm to Stavanger in Norway. A joint investigation between Police Scotland and Politi- og lensmannsetaten informs the story. 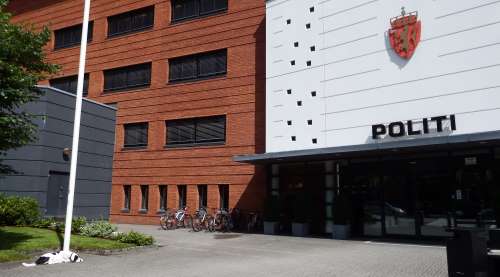 When I wrote that opening all those months ago I had no idea I would end up in the middle of the North Sea. That’s the wonder and thrill of a real (and fictional) investigation.

Once in the final section of the book, everything you’ve written, all those twists and turns you’ve made, must be held in your memory. The world of your characters becomes your world. They are with you always, their voices in your head, often reminding you of what they know, and what you’ve forgotten.

Eventually the story comes together because, as every story is a character in action, so those characters determine the ending.

I like to believe that my characters will save me. If I remind them often enough that we are working (like any good thriller) against the clock, then they will come up trumps.

Okay… it’s worked up to now.

And so, back to meeting that deadline.
Posted by Lin Anderson at 08:00

I had the great please of acting as MC for the 2016 World Porridge Making Championships in my home village of Carrbridge. The winner was Bob Moore, of Milwaukie, Oregon, USA, and you couldn't have had a more worthy and deserving winner. 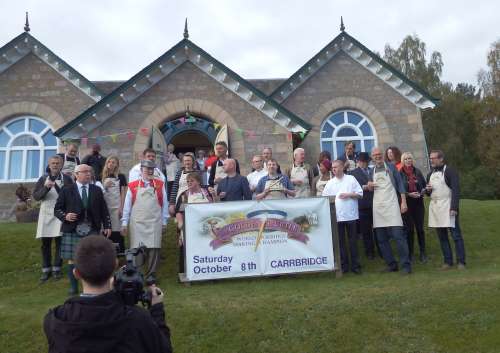 Watch this lovely video by Fergus Thom of highlights of Bob's big day (you might even catch a few glimpses of me and Craig Robertson) ...