Book 11 in the Forensic Scientist Rhona MacLeod series is published next month, and, you are welcome to join me for the Pan Macmillan celebration at Waterstones West End in Edinburgh at 5pm on 15th August. 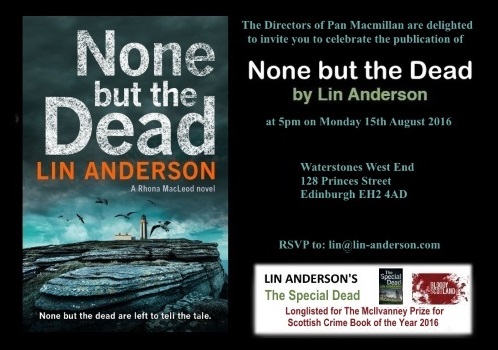 If you can be there, please RSVP confirming attendance to lin@lin-anderson.com . 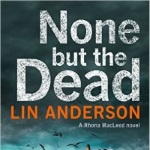 Sanday, one of Britain’s northernmost islands, inaccessible when the wind prevents the ferry from the mainland crossing, or fog grounds the tiny island hopping plane. When human remains are discovered to the rear of an old primary school, forensic expert Dr Rhona MacLeod arrives to excavate the grave. As the weather closes in, the investigation team are presented with a series of unexplained incidents, apparently linked to the discovery of thirteen magic flowers representing the souls of dead children, who’d attended the school. But how and in what circumstance did they die, and why are their long forgotten deaths significant to the current investigation?

Hope to see you on 15th August!

If you can't make it, you can still order None but the Dead here.
Posted by Lin Anderson at 13:00

It would be a crime not to watch River Child

YouTube views for my award winning short film River Child have soared since I briefly wrote about it on this blog some months ago. Then, it was in the context of its showing at Glasgow Film Theatre in a ten year collection of films made by students of Scotland’s Screen Academy, where I graduated with an MA with Distinction in Screenwriting.


Reading the comments posted on YouTube, it was wonderful to see such an appreciation of  Damian Wood, the director, and his role in bringing the script beautifully to life on the screen. The idea for River Child came first of all from my own love of swimming as a child.

Like Katie in the film, I had a friend, incidentally called Janice, who although we were the same age, seemed to be a font of all knowledge and much more in tune with the world than I was.


On my first day at the Screen Academy, in the script class, we were told by our tutor Mark Grindle that we had to come up with an idea for a short film and pitch it to the group. I was sitting on Mark's right and I remember thinking if he goes left round the circle, I’ll have time to come up with something. If he goes right, I’m f***ed.

And suddenly the idea came. I’d heard this moving poem discussed on BBC4. It was written by a woman, who, one hot summer’s day as a child, had spotted what she thought was a football floating in a weir. When she investigated she discovered it was a toddler.

She pulled the child out and looked for its mother. Finding her on a nearby beach among other families, the mother didn’t really believe her story. Throughout her life she always thought of the little boy she’d rescued as her ‘river’ child.

That’s what I pitched, little thinking the script I then wrote would ever actually be filmed. After all it had water and a baby in it! 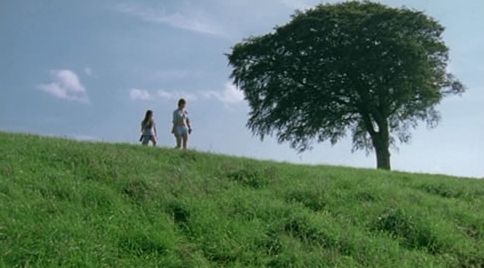 The script was beautifully realised by director Damian Wood to the smallest detail … even the sound of water lapping in Katie’s ear, the sun’s rays above her as she floats. The sight of the baby in the water.

Someone on YouTube asked about  the baby in the film … those scenes were shot in Gourock outdoor heated swimming pool, with members of the mother and baby swimming club. Amazingly, that just happened to be the pool where I learned to swim myself, although it wasn’t heated back then.

The final shooting script was completed by Damian, myself and Mattias Karlsson, the producer, over a warm and sunny weekend in my home village of Carrbridge in the highlands, close to the River Dulnain, where I now swim.

River Child won a student BAFTA, and an award for best drama at the Celtic Film Festival. If you watch Damian’s realisation of the story, you’ll see why.