The Path Between Life and Death


The Ness of Brodgar is a narrow strip of land between two lochs leading from the Standing Stones of Stenness to the Ring of Brodgar on the Orkney mainland.


Neolithic structures being unearthed on the Ness suggest it had a role as a purification site between the place of the living (Stenness Stones)  and the the place of the dead (Ring of Brodgar) and is sometimes called 'the Path of the Dead'. 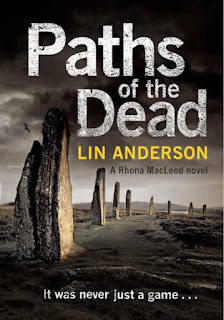 When a young man’s body is discovered in a neolithic circle south of Glasgow, his hands have been placed on the low stones to point in two directions. In his mouth is a stone with the number 5 scratched on it.

When a young woman’s body is subsequently discovered in the Ring of Brodgar, her hands are also fashioned to point in specific directions. In her mouth is a stone with the number 4 on it.

A map showing the sacred pentangle of Scotland suggests that there are three other such sites that might be targetted and with them three further potential victims.

My enjoyment in writing this novel lay in the marriage between the science of forensics and the ancient beliefs of the Druids, coupled with a virtual reality game Stonewarrior which encourages players to try and solve the mystery before the police can.


Paths of the Dead was shortlisted for Scottish Crime Book of the Year.

'Brilliant book from the disturbed mind of Lin Anderson'

There was a great review of the forensic scientist Rhona MacLeod book Torch on the Best Crime Books & More website. 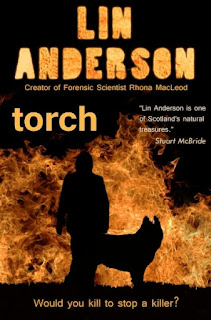 'This is another brilliant book from the disturbed mind of Lin Anderson.'

The review (by guest reviewer Amanda) gave Torch 5/5, and described it as 'a real CPID (Can’t put it down) book'.

Buy Torch on Amazon ►  viewBook.at/Torch
Posted by Lin Anderson at 07:08

The Special Dead : Witchcraft and Forensics - a deadly combination

A couple of years ago, I was having dinner with the Producer (Eddie Dick of Makar Productions) and the prospective Director (Jim Gillespie of I Know what you did Last Summer) of a filmscript of mine called Dead Close. We had been researching underground locations in Edinburgh which feature in the paranormal detective story inspired by my long short story of the same name. 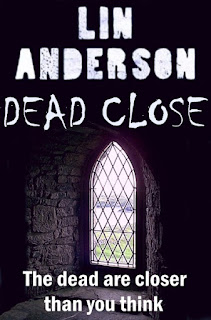 Jim was reminiscing about his early days as a young filmmaker, and how after making his first short film, he and his fellow filmmaker went out on the town to celebrate, where they met two girls who professed to be witches, which they found pretty exciting.

I immediately thought, 'beware what you wish for' and in that moment the idea for The Special Dead was born. In my novel, two young men go out on the pull in Glasgow, keeping this a secret from their girlfriends. Mark hooks up with the enticing Leila. Waking up after a strange sexual magick encounter, he discovers her dead body in a room of swinging Barbie dolls. Unsure what part he played if any in this, he runs and doesn’t report the body. 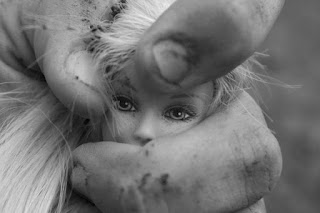 I had endless fun researching the world of Wicca and was impressed by many facets of this ancient set of beliefs (especially the equality of men and women in that religion).  University of Glasgow and its world-renowned collection of books and manuscripts on witchcraft and the paranormal (the Feguson Collection) play a role in the story. I became aware of these through a lecture by my former Professor of Astronomy there, Archie Roy.

Professor Roy became a leading authority on the paranormal in Scotland, and cited his discovery of the Ferguson Collection while he was a young lecturer at University of Glasgow as a reason he became interested in ‘the things we cannot as yet explain’. 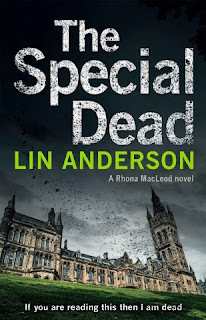 On the cover of my book are nine words: ‘If you are reading this, then I am dead’. The number nine is significant in Wicca as it is in many religions. It refers also to Leila’s personal spell book, which no one has access to until after her death.

Combining Rhona MacLeod’s knowledge of forensics (which in some parts of the world would still be regarded as witchcraft) with the practice of Wicca was both fascinating and revealing. Perhaps the only thing we truly know, is that we don’t know. Or, at least, not yet.

I’m delighted to say that after many rewrites, and reimaginings,  Dead Close (the film), retitled as  Sometime Did Me Seek with Eddie Dick as Producer and Graeme Maley as Director and should be shot sometime later this year.

The Special Dead (Rhona MacLeod series Book 10) was a longlisted book for Scottish Crime book of the year 2016 and is on sale in bookshops and is available in hardback, paperback, and on Kindle from Amazon.
Posted by Lin Anderson at 07:27

Just the Other Side of Nowhere 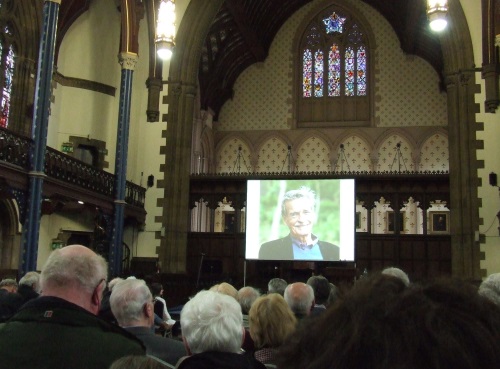 Writing this 'Sunday morning (coming down)' in Glasgow, reflecting on the Willie McIlvanney memorial service yesterday. Kris Kristofferson's song about a Sunday comes to mind because Saturday's service concluded with a slideshow of photographs of Willie from childhood to old age set to the accompanyment of Kris singing 'Just the Other side of Nowhere'.

The last item on the formal service programme was a video of Willie himself reading his poem 'Bless this House'.  It is his vision of a Glasgow house where he'd shared digs with a myriad of young people on their way to adulthood. His wonderful perceptive eye, his kindness, his questioning, his love of people with all their errors, hopes and dreams was a perfect finale to our time contemplating the man, the intellectual, the artist, the thinker, the writer, the charismatic human being that Willie was.


I felt privileged to sit in that audience at the Bute Hall, all of whom loved Willie in their own way. Later some of us sat together at Oran Mhor and talked of how we at Bloody Scotland in particular would continue his legacy. He is, was, and will forever be, the heart of Bloody Scotland. Our own Godfather. But his legacy is so much greater than that.


Listening to the writer Ali Smith talk of her days as a student of Willie's at Aberdeen University, and the renaissance Willie had thanks to Canongate, a tale beautifully told by Francis Bickmore, and seeing images of the covers of his books in a myriad of languages, told a tale of an international literary star, once almost forgotten, but no longer.


The ordinary people Willie wrote about never forgot him however. They still approached him in the street to thank him for his words. They slipped notes along counters at pubs that simply said 'thank you for the books'. He was ever one of theirs. He is ever one of ours. 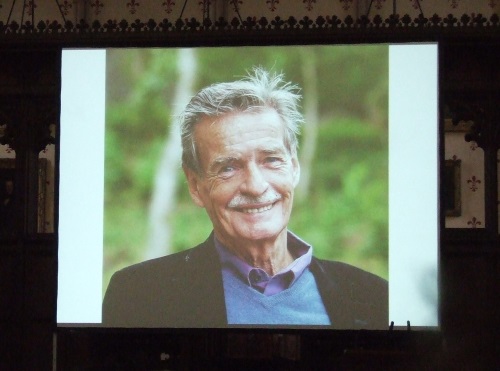 
I could not let today go by without saying a few words about a great man.

A memorial service will be held this afternoon to celebrate the life of William McIlvanney, a wonderful writer, thinker and raconteur, and an inspiration to us all. The service will take place at 3pm in the Bute Hall at Glasgow University, Willie's Alma Mater. Mine also.

My last memory of that hall was when I collected my first degree there. Not like Willie in English Literature, but in Mathematics. Little did I think back then that I would one day become an author (although I was always a secret story teller). Nor that I would have had the pleasure and privilege of meeting one of the writers that I would read and love: Willie McIlvanney.

When we began the Bloody Scotland festival, Alex Gray and I were already aware of how much we owed to Willie as a writer, but also as a crime writer. His novel Laidlaw, featuring Inspector Jack Laidlaw … ‘a man who just happens to be a policeman’ ... inspired many of our great Scottish crime writers, Ian Rankin and Val McDermid among them.

Against this background, we were determined that Willie would take his rightful place as the Godfather of Tartan Noir at that first Bloody Scotland celebration of Scottish crime writing in September 2012.

Despite his relative absence from public view for a number of years, the Albert Hall in Stirling was filled with readers delighted to have the opportunity to see and hear Willie again. Since then his books have all been brought back into print, where they should be.

There will be fine speeches today in the Bute Hall by fine writers. Knowing Willie’s great sense of humour and his consumate skill at self-deprecation, I can imagine, were he with us, the fun he would be having at his own expense.

Then again … maybe he will be.

Yesterday I had the great pleasure to take part in a Facebook chat with MOOC students on a Forensic Psychology course run by the Open University. It’s the second time I’ve taken part in this type of chat, answering questions on Forensic Psychology and how I use the topic in my novels.

The particpants’ questions are fascinating, and yesterday was no exception. The two hours of rapid typing passed in a flash. Questions ranged from ‘the criminal mind’ through how to structure a crime story. One in particular concerning writing a story went like this…’I have the beginning, I have the end, it’s the middle I can’t get.’ A problem faced by many writers.

We discussed eye witness testimonies, which are pretty unreliable. I could vouch for this personally, having witnessed a robbery a week ago in New Look on Princes Street in Edinburgh. Standing just inside the door, I realised the young man wasn’t rifling through the clothes in order to select something nice for a girlfriend, but rather was stuffing them inside his jacket. He then headed out to make his escape. 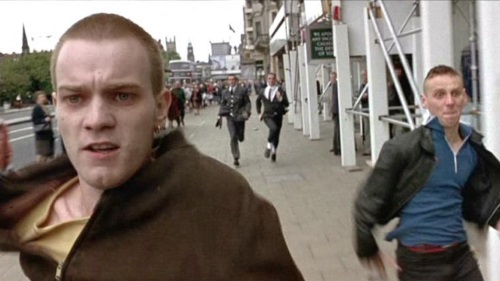 I remember his gender, his height (tall and skinny), and the fact that he was dressed all in black including a black hat. I remember he had a prominent nose. The thing that stuck in my head was the way he moved, agitated and awkward. I would not have been able to pick him out of a line up, despite being only a yard or so away from him when the robbery took place. 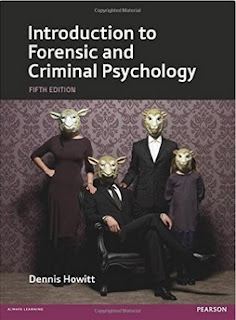 My own main reference book for Forensic Psychology, recommended by Dr Kathy Charles of Napier University, is Howitt’s Introduction to Forensic and Criminal Psychology. It is a fascinating read, which helped a great deal when I was writing The Reborn, which features the forensic study of a psychopath. 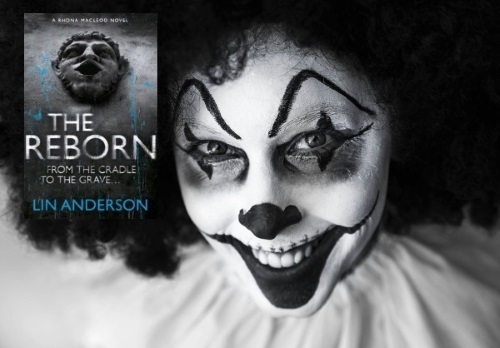 I would highly recommend the Open University Forensic Psychology MOOC.