The Undiscovered Scotland website have put up an excellent and very thoughtful review of None But the Dead. 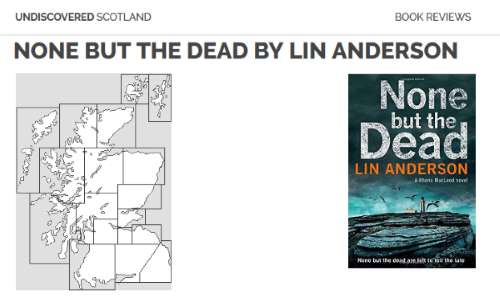 "None but the Dead" by Lin Anderson is the latest book in her series featuring forensic scientist Dr Rhona MacLeod. It is an outstandingly good read that brings together character, place and plot with consummate skill.

Read the full review here.
Posted by Lin Anderson at 11:03

Shades of The Wicker Man with a touch of Agatha Christie

Great review of None But The Dead in The Daily Mail ... 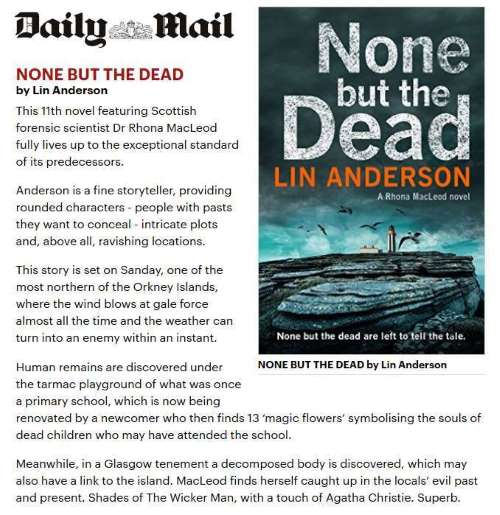 Bloody Scotland is here again. Running from Friday 9th to the evening of Sunday 10th September at the Golden Lion hotel in Stirling, we have a fun packed rollercoaster ride for all crime fans (and the writers too). Running three events in parallel over the weekend, there’s something in there for everyone. 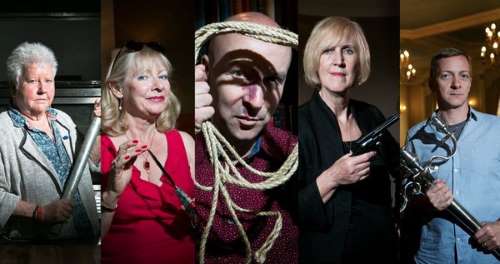 Programming Bloody Scotland is great fun and the committee always strive to give a distinctive Scottish air to the proceedings. After all we are called Bloody Scotland. 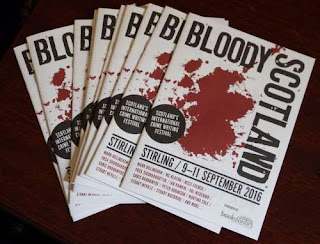 Cue, a crime quiz that involves bagpipes, a bit of a ceilidh where crime writers perform, but not as you know them. Val McDermid, Alex Gray and I will be doing just that at Crime at the Coo.

We have drama (and that’s not just from the writers) in the form of an Inspector Faro play by Alanna Knight, where her Victorian deer stalker detective will played by non other than Stuart MacBride. 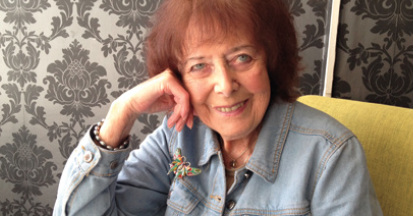 There is of course the Scotland versus England crime writers five a side football match, where the Scots are captained by Ian Rankin … a light-hearted affair (not!). There is a trophy to be won after all. 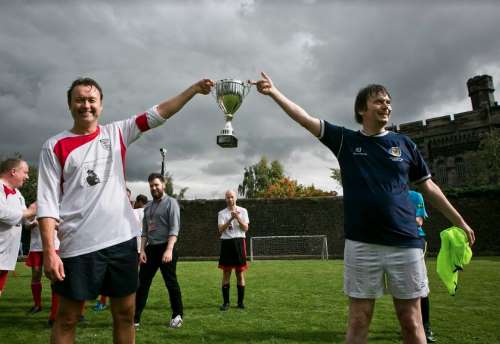 Events at the Golden Lion open with the McIlvanney Prize crime book of the year 2016 announcement, which will be broadcast live by the BBC. There will be a BBC TV team following the proceedings throughout the weekend, for a documentary featuring women and crime writing. 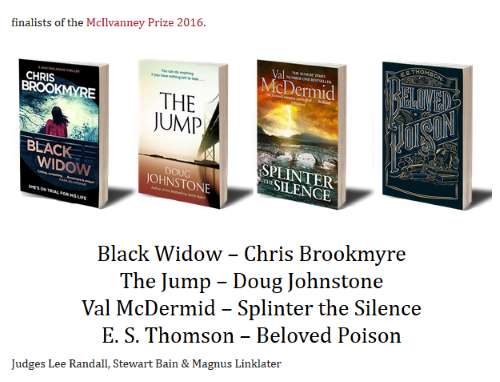 Forensic Science scores high on the list of must-sees with the professionals getting together with the fiction writers. Professor Lorna Dawson whose soil forensic knowledge helped convict the World’s End murderer, appears with me on a fictional Orkney case where soil forensics tracks down the killer  Digging up the Bodies. 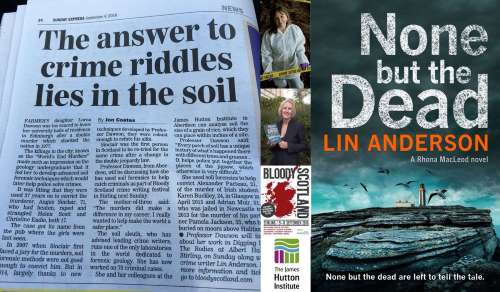 If you like to talk pathology then Talking to the Dead starring Dr Marjorie Turner and Dr James Grieve with Alex Gray is the one for you, and thirdly Craig Robertson introduces forensic psychology professor Graham Pike who will find out how good a witness you would make in Witness the Dead. 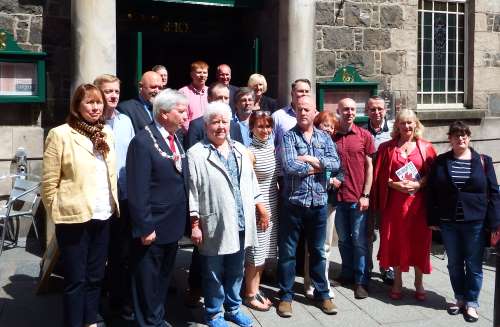 The bar at the Golden Lion is the place to meet your favourite writers when they’re not on stage. And what a line up we have for you. Opening with Stuart MacBride and Caro Ramsay, via Mark Billingham, Chris Brookmyre, Val McDermid, Nicci French, Peter Robinson, Martina Cole, MC Beaton to name but a few, and the grand finale – Edinburgh’s finest, Ian Rankin and Quintin Jardine.

Check out the programme and see what I’ve failed to mention, because I’ve run out of time…

Must get packed for Bloody Scotland! Happiness is a Festival called Bloody Scotland
Posted by Lin Anderson at 07:17

Every attendee at Bloody Scotland 2016 will receive a free book from Bookdonors, the new headline sponsor for this year, to celebrate the diversity of crime genre.

Bookdonors is a not for profit social enterprise, based in Tweedbank in the beautiful Scottish Borders. The organisation trades in used books for the benefit of people, charities and the environment with 100% of sales used to fulfil its social mission. Bloody Scotland co-founder Lin Anderson, who helped launch the company’s new website earlier in the year said, “This is a fantastic initiative, which will hopefully encourage people who come to Bloody Scotland to try out new authors, which is part of the joy of being an avid reader.”

Any person who has already read the free book they receive will be able to visit the Bookdonors stand, in the Golden Lion and swap it for something else. “The aim is to get people talking and sharing their passion and knowledge of crime fiction”, adds Tom Kenny, Bookdonors Managing Director. “Getting 10,000 books to the venues, in a short period of time, will be an interesting logistics challenge”, he added, “but our drivers in the distinctive branded Bookdonors vans, will be up for the challenge.” 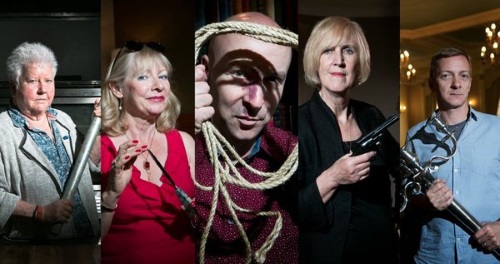 Chris Brookmyre will also be doing signings at Stirling Books and the Oxfam bookshop at 10.30am on Sunday 11th September in Stirling, as a further example of community engagement and recognising the valuable work done by charities and independent bookshops. Both of these shops already work in partnership with Bookdonors, who collect from 500 charity shops across Scotland 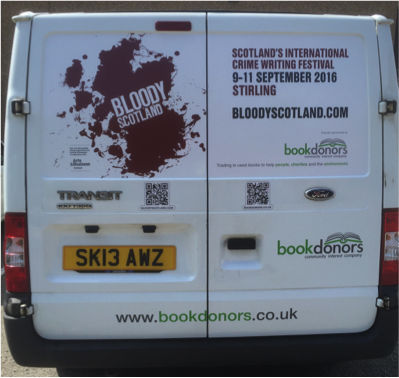 So, if you haven't booked already, please come to the 5th Bloody Scotland, 9-11th September 2016, and get your free book.

Lin Anderson's latest book is: None But The Dead
Posted by Lin Anderson at 23:58