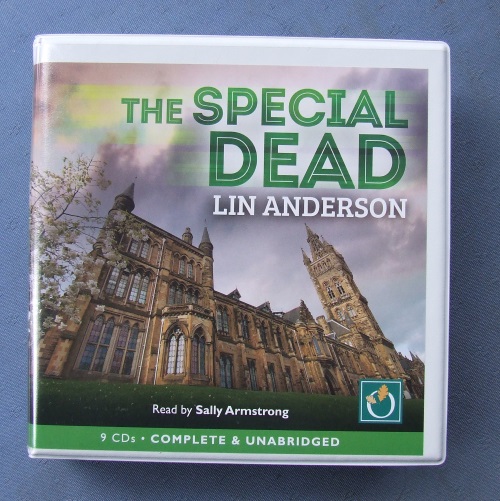 The audio version of The Special Dead was released in December, and I'm please to see it sitting at No.53 in the UK Amazon top 100 for Police Procedurals (as below). 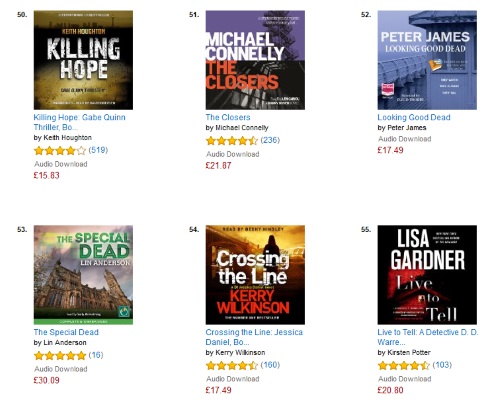 The reader is Sally Armstrong, who was born and educated in Glasgow, before attending the Birmingham School of Speech and Drama. She has worked extensively in theatre, TV and radio, and fell into the world of audio books by a happy accident. Sally won the 'TORGI' award for Bhudda Da by Anne Donovan and was nominated for the 2008 Audio award for The Tenderness of Wolves by Stef Penney. She lives in London and on the beautiful Island of Bute.

There is a link on the audiobook pages on the Amazon websites that allows an audio sample to be played:- 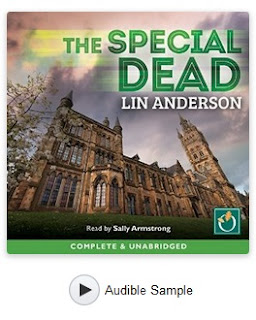 There is also now a link on the Amazon book/eBook website pages that allow the same audio sample (from the audio book) to be played:- 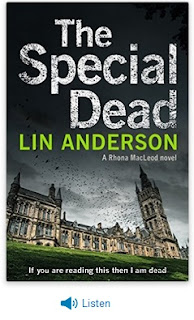 If you haven't heard Sally read before (she has read for previous Rhona MacLeod audio books), it is worth a listen to the sample, as she makes a great job of telling the story.


A trip to the north of England is always a treat. I love the east coast train line from Edinburgh, with its great scenic views. I spent some lovely holidays in Scarborough as a child, and visited again a few years back for an appearance at their rather excellent book festival.

Newcastle is a favourite city of mine and I’ve appeared there with Danielle Ramsay, a great local crime writer. I love Harrogate Crime Writing Festival too (the inspiration for Bloody Scotland), and last year I had a fun time chairing the forensic event. But I’d never been to Darlington. I’ve gazed out the train windows many times as my train as stopped at the elegant station, but last week I finally got the chance to see this lovely town.

When  I was invited by Senior Lbrary Officer Vicky Emmerson to appear at Darlington Library during the week of National Libraries Day. I immediately accepted. It turned out that the invite came about because of my 2015 appearance at the Wigtown Book Festival, where one of Vicky’s library regulars had heard me speak.  A big thank you to that lady.


I was booked into the Blackwell Grange Hotel which, although quite central, is set in some lovely park land. I’d definitely recommend staying at the hotel to anyone visiting the area. The service was friendly and very welcoming, plus they served me up a lovely meal in my room after I got back from the event. (I can never eat beforehand). 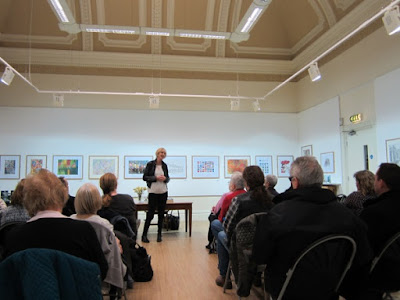 My audience that night was splendid, and included Amanda Oughton, a Rhona MacLeod fan, who I’ve got to know on Twitter. It was great to be speak to her, and to be invited to join her Facebook book group.  It’s always wonderful to meet readers both in the flesh or in online groups like this. 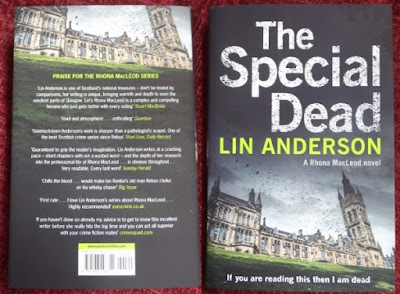 I read the opening of The Special Dead, and explained where the idea for the story involving forensics and witchcraft had come from: I was having dinner with the producer and a potential director on my film Sometime Did Me Seek (based on my Dead Close story), when the director was recalling when his first short film had been made. After the shooting had finished, he’d gone out on the town to celebrate, and he and his friend met two young women who professed to be witches. The two lads found this idea very sexy at the time. I immediately thought, 'be careful what you wish for', and so The Special Dead was born. 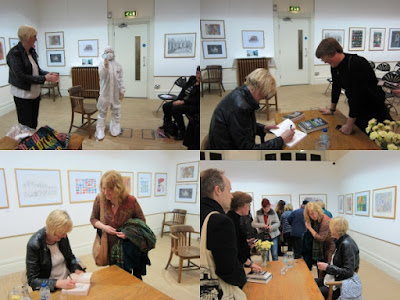 On a sadder note, I learned the day after my Darlington event that the Pease Library is facing the prospect of closure due to cuts in council services. The Pease Library (Darlington’s Crown Street Library) opened in October 1885 after Edward Pease left £10,000 – £1m in today’s money – for a ‘library or other educational purpose’.  Read more on the story here. Please also consider signing the petition here.