Rhona MacLeod is back: The Innocent Dead 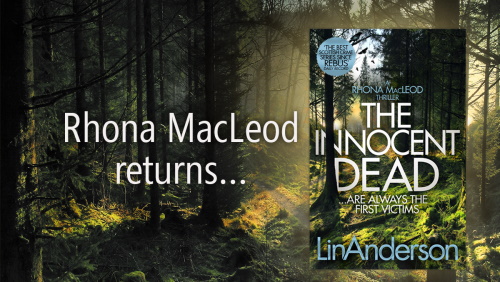 Being brought up as a child of a detective in a time when forensics didn’t exist, except in a rudimentary form, the idea of taking an old case and applying the forensic tools we now have to solving it, has always appealed.

Back then, children weren’t regarded as reliable witnesses, men exposing themselves to you in public (the raincoat brigade) was something you were told to just ignore, and a ‘Domestic’ was a fight the police didn’t get involved in.

All this played into the blossoming idea for The Innocent Dead

However,  the opening chapter came about because of a couple of stories told to me by my sister-in-law, and my neighbour.

My late artist sister was very fond of cats. After she died, her partner told me that she would get a sighting of one of their former cats walking past the studio where my sister painted. It looked fully alive despite being definitely dead. Its appearance there invariably heralded the passing of someone she knew.

As I was walking all alane,
I heard twa corbies making a mane;
The tane unto the t'other say,
"Where sall we gang and dine to-day"

My neighbour’s story was of the day she’d heard a strange noise coming from the empty sittingroom. On cautiously opening the door she discovered a pair of black crows eyeing her from the back of the settee!

Shortly after I’d written the first chapter, I was asked to visit a women’s recovery café in Raploch, Stirling where they were reading the first Rhona book, Driftnet. They were working on their own writing projects, mutually supporting each other in their recovery.

It was meeting and listening to these amazing women that became the inspiration for telling Karen’s story. Karen, who was only a wee girl of 11 when her best pal Mary disappeared. A wee girl so traumatised by that event, that she stopped talking altogether and buried what had happened that day forever….

That is … until now.

The Innocent Dead was published on 6th August 2020. 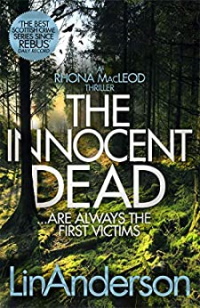 Buy from Waterstones |  Buy from Amazon 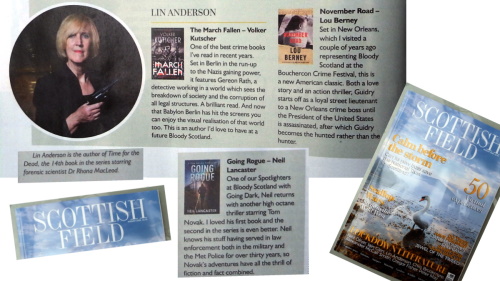