The Bloody Scotland is now in it's fourth year and Partners in Crime is a new way to engage with the festival, supporting the work that we do and helping us to shape our future plans. By becoming a Partner in Crime you’ll join us in encouraging the next generation of writers and showcasing the very best of the genre. You can support the festival with anything from £1 to over £1,000, click here to find out more at the Bloody Scotland website. 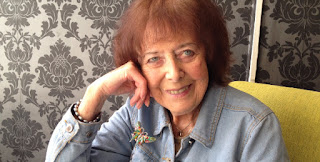 "I am honoured to have been invited to be the Founding Patron in support of Bloody Scotland. Having been in at the very beginning when the festival was proposed, I am so excited about is success and the way that it has confirmed Scotland's place as the very forefront of crime writing." 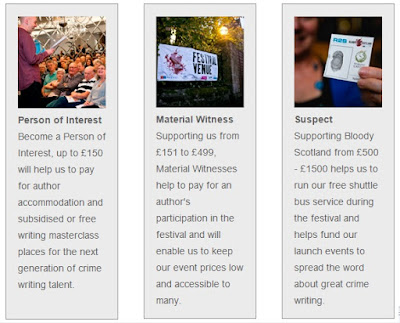 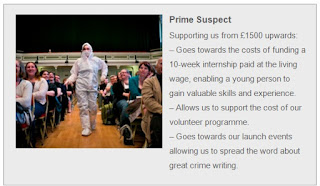 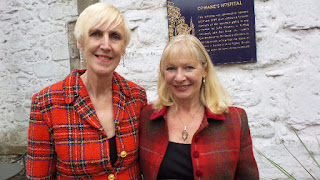 Alex Gray: "Lin and I were enjoying that (second) bottle of prosecco and putting the world to rights, as one does... We reﬂected on the fact that we have so many fabulous Scottish writers and yet we had to travel from Scotland to south of the border to attend crime writing festivals... 'Why not have our own festival?' we thought."

Read the full story and become a Partner in Crime at the Bloody Scotland website.

That First Time You Read The First Chapter

The first time I read out the opening of a new book to an audience is an exciting and a scary experience.  Each book in the series arises out of that first scene, which I see very visually. Once written down, that scene doesn’t change. It’s what the rest of the book is built on. In The Special Dead (out August 13th) a young man goes on the pull in Glasgow – 'be careful what you wish for'  probably sums up what happens next. 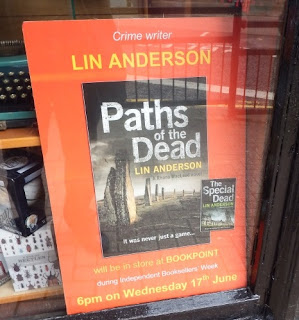 The majority of the audience at my event earlier this week at Bookpoint in Dunoon were book club members and had read The Paths of the Dead, which opens in a spiritualist church in Glasgow and there were plenty of questions and comments about the characters, and the paranormal aspects of the story. 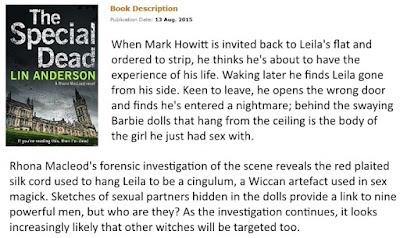 I was surprised and pleased at the "I've been there" response to my portrayal of male awkwardness/competitiveness as The Special Dead begins. There was also an outbreak of doll-fear (like the clown-fear from my The Reborn readings, but Barbie-themed).

In summary, it was a fun event, and I was delighted to support independent bookselling, and now I know that reading the start of the The Special Dead does grip, entertain, and make readers want to find out more.
Posted by Lin Anderson at 11:15

Patrick II : The Case of the Missing Madonna 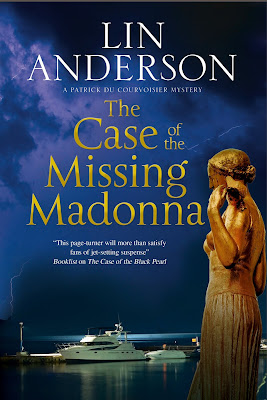 The second book in my Patrick de Courvoisier series The Case of the Missing Madonna will be published in the UK September this year. It is available now for pre-orders on Amazon UK and on Amazon USA.

The Case of the Missing Madonna continues Patrick's story from The Case of the Black Pearl, and opens dramatically at a Buckingham Palace garden partly, before moving to other exotic locations, as our hero is pulled away from his normal world in the old town and old port of Cannes.

I am delighted that advance copies of The Case of the Missing Madonna will be available for sale for the first time at Bloody Scotland in Stirling (11-13th September 2015). 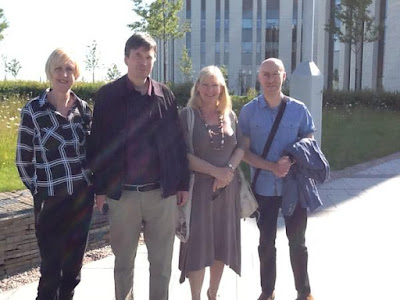 I had the privilege yesterday of being one of four Bloody Scotland crime writers given a tour of the new Police Scotland Crime Campus at Gartcosh. Ian Rankin, Alex Grey, Chris Brookmyre and myself were made very welcome, and were provided with the sort of information that we need to keep our books up-to-date in terms of the way the single police force in Scotland now operates. The visit was organised by Tom Halpin of SACRO (who took the photo above). 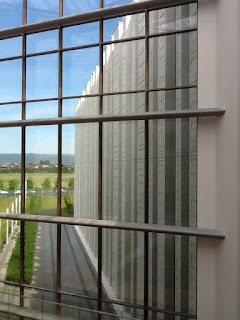 The Crime Campus building is architecturally stunning, and is DNA-themed, with walls (as in Alex Grey's photo above) with DNA-barcode patterns. It is the the first time that a variety of police and judicial agencies have been under the same roof, within a purpose-built, state-of-the-art HQ. On site are not only the new single Police Scotland force and its forensic services, but also the Crown Office and Procurator Fiscal, plus representation for HM Revenue & Customs and the National Crime Agency. The scale of justice system collaboration at Gatcosh is leading the way in the UK, and possibly also across Europe.

The representatives of Police Scotland that we met confirmed that they are delighted to provide information to crime writers, and understand that for many of the public, their main (hopefully!) insight into the workings of the police force are via reading crime novels. 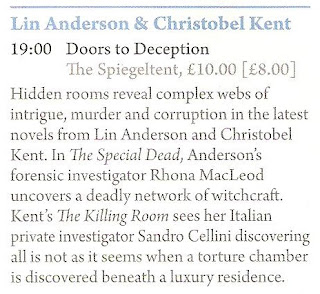 I am delighted to be back again at the Edinburgh International Book Festival this year, with a 'Doors to Deception' event with Christobel Kent. The event is on 20th August at 19:00 in the wonderful Spiegeltent. Tickets are on sale from 23rd June. This year's EIBF will feature the launch of my latest forensic scientist Rhona MacLeod novel The Special Dead.

The Special Dead will be Published 13th August

The next book in my Forensic Scientist Rhona MacLeod series will be published on 13th August. It is available now for pre-order (in hardback or Kindle) at Amazon UK, and at Amazon USA. I will be discussing it at my events at this year's Edinburgh International Book Festival in August, and at Bloody Scotland in September.
Posted by Lin Anderson at 14:11

Edinburgh International Film Festival are working with the Wellcome Trust this year to offer an Ideas generating Lab for Scottish screenwriters. At the end of this Lab, Wellcome are hosting an industry event as part of the main programme for delegates and students looking at where ideas come from both creatively and scientifically.

The event will take place at 15:30 on Friday 19th June. In addition to writers, the panellists will include a neuroscientist who will talk about the neurological side of the ideas process. I will be taking part as a writer, and talking about how I come up with ideas and about my creative processes.

Professor Stephen Lawrie from the University of Edinburgh will cover the scientific part of the discussion. EIFF have also invited Simon Pummel (Brand New-U) and Paul Fraser (A Room for Romeo Brass) to take part.

Where do ideas come from? Meet our panel of writers, filmmakers and neuroscientists who will look at the creative process of generating ideas and how the science behind that process takes effect.

Looking forward to a 'Femmes Fatales' event on Friday this week (4:00pm 12th June) at the Carlisle Crime Writing Weekend. Link for tickets is here.

It will be great to take part in another book festival event with my friends and fellow 'Femmes' Alanna Knight and Alex Grey.
Posted by Lin Anderson at 15:37