Win tickets to THE STAIRCASE event in Glasgow

Today’s BLOODY SCOTLAND contest offers winners two pairs of tickets for tomorrow night's THE STAIRCASE event at the Glasgow O2 Academy at 7pm where I will be moderating the discussion with David Rudolf.

Two random entries with the correct answer to the question below will be selected to each win a pair of tickets to tomorrow night's THE STAIRCASE event.

QUESTION: How many different countries were represented last month at the 2018 Bloody Scotland international crime writing festival in its most cosmopolitan programme ever?


To enter the contest, answer the question above giving the number of countries in an email with subject line THE STAIRCASE to contest@lin-anderson.com

The two lucky winners will be notified by email as soon as possible after 11pm tonight.

Update: Correct question answer was 14 countries. The draw has been made from the entries with the correct answer, and the two lucky winners have been informed. (11:20pm 17th October 2018)

Buy tickets for THE STAIRCASE event on 18th October 2018

The Staircase - Accident or Murder? 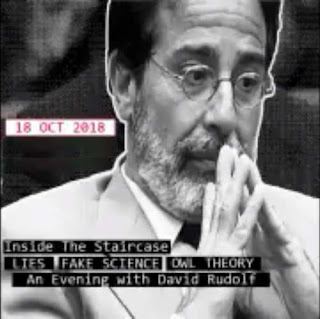 Have you watched the true crime documentary The Staircase on Netflix? If not I urge you to do so, because what happens in the real world is often far more strange and horrific than anything we crime fiction writers could dream up.

The Staircase documents the extraordinary criminal case against Michael Peterson in Durham, North Carolina, for the murder of his wife, which lasted for fifteen years, eight of which he spent in prison. The case is famous for its ‘bad forensic science’, manufactured by the police and forensic services in order to obtain a conviction.

It is also an extraordinary mystery, because how Kathleen Peterson actually met her death is still not clear.

One thing that is certain however is that David Rudolf, who defended Michael believed firmly in his innocence.

In Scotland, we crime writers are privileged to work closely with Police Scotland and our own forensic services so that we might get our facts right. Police Scotland believe that it’s important that the general public are informed about forensics and related matters as any one of us may be asked to sit on a jury and be required to interpret the forensic evidence being presented.

Never have I believed this more strongly than when I watched the jurors in the Peterson case being manipulated and lied to over the evidence being presented to them.

So when I received a call to ask if I might moderate the discussion with David Rudolf at the O2 Academy in Glasgow on 18th October, I was delighted to accept.

David will be talking about the extraordinary Peterson case, and answering questions posed by the audience. 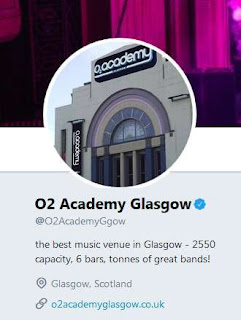