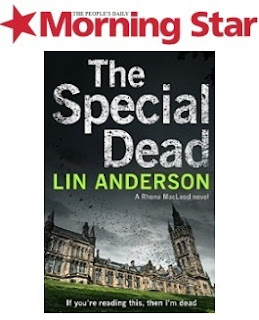 Crime-fiction round up with Mat Coward

Glasgow police forensic scientist Rhona MacLeod is called in after the killing of a modern-day witch in The Special Dead by Lin Anderson (Macmillan, £12.99).
The lively young Wiccan was last seen leaving a bar with a casual pick-up. But evidence found at her flat suggests that she was also involved in something far more dangerous, concerning a number of prominent men.
If Rhona’s colleagues can’t identify the anonymous Nine in time, further deaths will surely follow.
This unusual police procedural series has been running for more than a decade but shows no signs of flagging, with its solid plotting and recurring characters who are worth getting to know.